#SkipTheStrawDay Xperiment, Brought To You From My Friend, Mary & Whitehall Middle School There have been many people who have been upset in California when they are charged for plastic bags after a long hard day of grocery shopping. I’m not one of them. I don’t want to brag, but I have been carrying those reusable bags for a few years now. It’s pretty much a habit now. It started a few years ago and I am pretty proud to have made some really good changes and have even got my younger cousins to rethink. Now, I’m not the type of girl willing to give up her frou-frou coffee for the sake of a plastic straw but in August 2011, a friend of mine (Hi Mary Jane) in Hawaii invited me to her Plastic Project Xperiment. Her mission was simple — to not buy anything plastic for a month. Her journey is one that I never forgot. I decided from that moment to try to conserve as much as I could. Her project was a huge butterfly effect in my life. One that I hope I can share with you to have the same effect.

First of all, I failed at not buying plastic. I went straight to the 99 Cent Store and purchased small lunch containers that I put in a bag under my car seat. But I was thinking about reducing my impact on the earth. I thought this was a great purchase because I hardly ever finish a meal at a restaurant. So, on my next dinner out with my cousin at one of our favorite restaurants, while waiting for a to-go container, I remembered that I had that bag under my car seat and went to get it. The next thing I know, my 18-year-old cousin was cracking up. So I asked him what he would do if he was on a date and his date brought her own to-go containers. His disposition went from laughing at his cousin; to hell yes; he’d love to date a cute hipster girl with the bento box; small sacrifice. Mary said on her blog “it’s the social awkwardness that makes me want to give up this project.”

Mary said on her blog “it’s the social awkwardness that makes me want to give up this project.” But the most difficult part of this whole project was that pesky straw! Most places have straws and cannot use reusable tumblers that most of us already have for sanitary reasons, restaurants will automatically put straws in glasses, and dare I mention any fast food joint?! The WMS Coral Keepers; students at Whitehall Middle School in Whitehall, MI. founded today, (the fourth day in February) as #SkipTheStrawDay. After seeing a sea turtle with a straw up its nose, they wanted to bring awareness to how many plastic straws are being wasted and polluting our earth. I couldn’t help but think of Mary on Hawaii making her own laundry detergent to reduce her plastic consumption, yet had far too many restaurants bring her a reusable glass with a plastic straw ready for the trash before it got to her table; Proof that we need to change our cultural norms when it comes to recycling. Straws are not likely to be recycled like plastic water bottles, or aluminum cans. You may not choose to give up your frou-frou drinks either, but maybe you can have a car cup or paper straws and reduce other areas of plastic consumption to do your part.

I still, use my plastic doggy-bag to-go container under the seat of my Prius ready for use. I have added a soup container, a reusable plastic drinking glass, and straw. I will rewash plastic silverware like everyone’s granny! I have a filtered reusable water bottle. I recycle all shampoo and conditioner bottles and am a big advocate of the handkerchief. Anyone wanting to do their part need only to search the internet to find plastic saving pay dirt; Pinterest can direct you to your conservation needs. Mary’s Plastic Project Xperiment is still up and you can read her daily struggles and suggestions in one day to get inspired. And please, sharing is caring in this department! Let us know how you have started to reduce using plastic. I don’t worry about that social awkwardness anymore; we all have other awkward traits that make this plastic prevention plan seem normal, and in the words of Mary, I’m using “survival skills yo. Survival skillllllssss…” 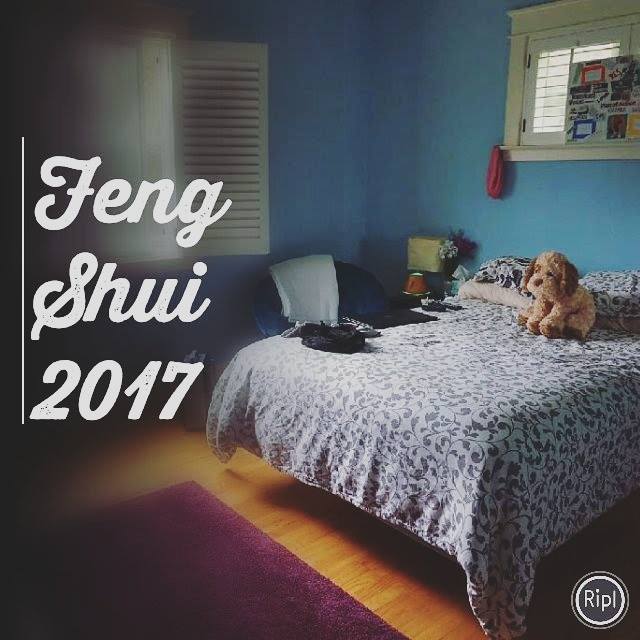 Any creative or visionary knows that constant change is almost mandatory to keep things oiled and moving. I, for example, switch up my hairstyle frequently because each ‘Do’ makes me feel like another character. Key for any actor. Creatives also know when something has been the same for too long. We get anxious. We look for a change that can be made and we make it. The past few months, I’ve had a very hard time falling asleep. I couldn’t put my finger on exactly what was causing the insomnia-filled nights, but I knew I was over it.

I became obsessed with figuring out why I couldn’t sleep. I changed the scent in my bedroom. Got a diffuser. Added mood lighting. You name it. Then one day, while I was sitting on my bed I realized that the position of my bed put me far away from the window and I’m someone who thrives off natural sunlight. *Ting* Of course!! My bedroom was laid out all wrong! So I jump out of bed and get to work. I didn’t know how I wanted the room to look, but I knew it needed a makeover. After an hour, I’d rearranged my bed, desk, side table, chair, and rug and all of a sudden the energy of the room shifted! I’d opened the space up completely, and breathing felt like I had fresh new lungs! I’d found my new layout. I also changed my phone’s theme and even that gave me an extra feeling of being refreshed! Like everything else in a creator’s life, balance is key, but change is also important and should be consistent. Routine causes us to be stagnant, and that does nothing for the creative juices. I’m thrilled for the change and so excited to spend the night in my all new feng shuied living space!

The Sisterhood Of The Traveling PR Girls Park City – Utah, home of the Sundance Film Festival. Also home of Power and Industry’s IndieLounge. The IndieLounge is what brought me to my first visit to Park City. I want to write about how this trip was more like a retreat – a spiritual experience that I cannot fully describe. We were there to work but we ate, slept and did everything with each other this week.

The first thing I did was over pack, and by over pack I mean I brought too many shoes and coats because I was expecting a blizzard. I also took my laptop and some other electronics that inexperience helped me decide to take. The TSA at the Burbank Airport was suspicious. Not only was my suitcase 5 pounds heavier than it should be but my laptop was inspected. Did I mention that we were in the wrong terminal?! So we had to go through TSA again. Thankfully I was not inspected a second time. After getting on the plane, we were hungry but had to wait till our layover.  When we got to our layover, again we found ourselves ten minutes too short and we needed to go to a terminal in the opposite direction.

At last, we finally arrived at Salt Lake City Airport. From here we took an Uber to go shopping for some essentials for the rental house we were staying at. This first night we ate pizza and beer and enjoyed each others company.  Every night we would discuss work and how we would make things smoother for the next day, and then get in full on girl mode watching movies and talking. We could have gone to sleep or ventured out to the city, but this was our time to really bond. Besides, you really get to know someone while watching Leonardo DiCaprio and Kate Winslet running all over a cruise ship that is sinking. Maybe next year we will go out, but this was my first year and spending it with a group of strong diverse women was just the pow-wow I needed. While this was for me a week with the ladies, we also had some great men surrounding us too. These men are motivational and did not feel the need to typecast us. I’m talking about you Max Tucci and Zachary Jaydon! Each morning, we had coffee and bagels while getting ready for the day. I was taking pictures in the gifting suite of the Indie Lounge and posting on social media. I met with great people with great products while talented guests came and left. At different times, there were documentary shorts, movies, and book signings in the theater room. At one point, Jade Gem Bethlehem, AKA Baby Jade, let me go to the Indie Lounge theater to see Severus Snape and the Marauders where I not only got to enjoy the film but got the opportunity to record the cast Q and A for social media. This is, after all, is what Sundance was all about – independent movies and what game changer they are for storytellers, actors, writers, directors, and artists. The Indie Lounge had great movies too! Stronger Than Pretty and In His Own Words were two movies that everyone should see. Once the gifting suite was closed and the movies were finished, Jade Gem Tina and I went out in inflatable T-Rex outfits and had a snowball fight. This was probably one of the best ways to blow off steam from the chaos of business. The last day was a little melancholy. We do not get to run around together often as we all live in different cities, but we should.